Real post-its Mark has on his work monitor (one of them) to encourage him to "just say no."

Mark, Ten Forward’s VP, is addicted to buying gadgets (he owns five iPads). In this ongoing series, he’ll tell you all about how worthless most of those gadgets actually are. For the inaugural post, he reviews the Amazon Echo.

I originally purchased the Echo on an impulse. Because of my Prime status, Amazon bestowed upon me the honor of paying $99 to pre-order this semi-useless cylinder of circuits and speakers.

Setup was quick and easy, but the app was painfully underwhelming.  Honestly, it was a surprise that Amazon would release something so bad.  I will admit that as the months went by, the app became much more usable - but I still didn’t use it. 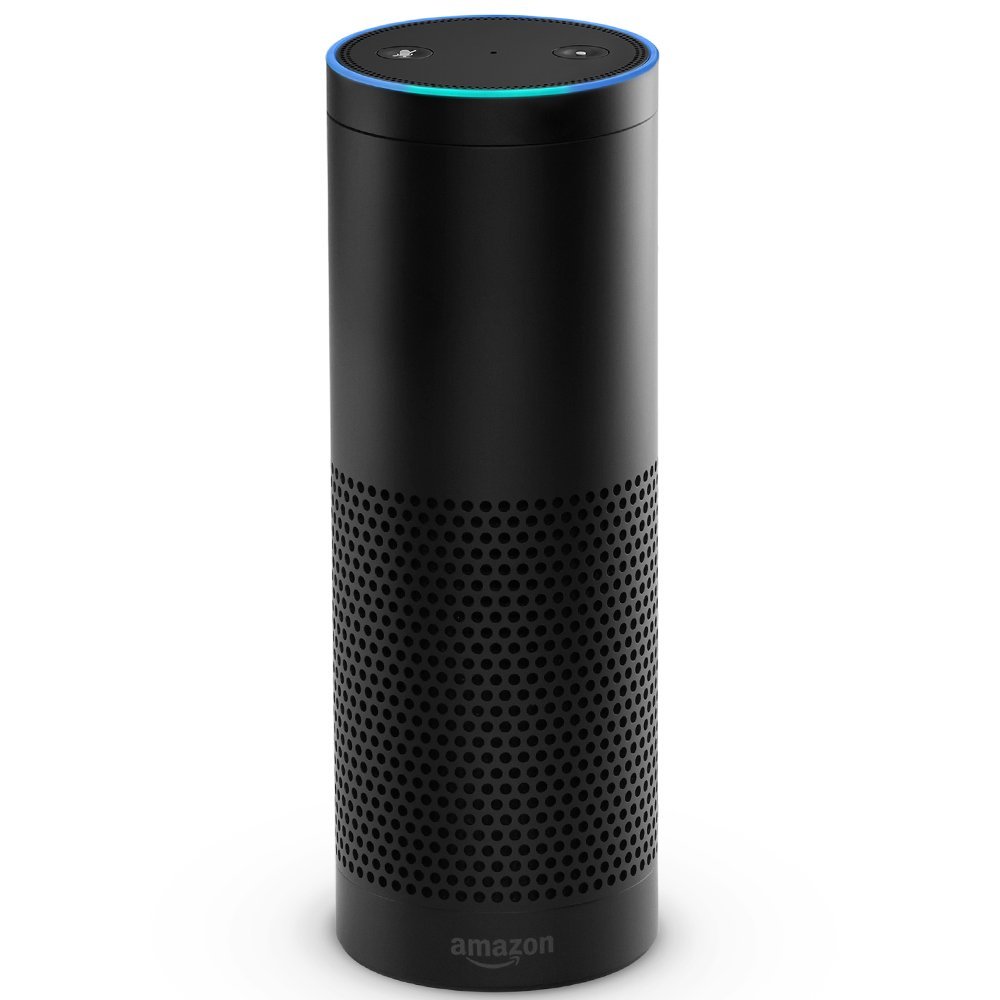 As an adult with a new gadget (read “as a kid with a new toy”), Alexa was fun for a while ... like, the first 30 minutes.  She'll read you the news, tell you the weather, play Simon Says (with censored responses - found that out in the first round), and tell you terrible, terrible jokes.  She'll also gladly tell you, “I’m sorry, I didn’t understand your question," her rote response to more than half your inquiries.

The highlight of our first interaction was her responding correctly when I asked “What kind of bear is best?”  (Mega win for a “The Office” nerd.)

The voice recognition is actually quite good and appears to be getting better as time goes by. For example, I was able to get her to successfully add 10,000 bananas to my shopping list.  There are, however, some odd entries in my to-do list that I can’t decipher: “Pay hilary ten dollars in a hundred fifty years my jackson get.”  Looks like Hilary probably isn’t getting that ten dollars any time soon.

Looking through my history, I found a few other interesting translations, as well.

I think some of my disappointment comes from the environment in which Alexa lives.  I have her at my coworking space and with all the chatter, she often hears her name and immediately wakes to asks what she can help with.  She now spends her days (and nights) on mute, short of the occasional Hacker Friday when we have her play trap music.

I’m stretching to think of how anyone would use her legitimately, short of an alarm clock and radio next to the bed, or in the bathroom, to play music while in the shower. There are so many other apps that better manage your shopping and to-do lists, so why would I bother using Alexa?

And honestly? My number-one disappointment ... you ready for it? … I thought you could give her whatever name you wanted, and you can’t. I was going to name her Princess Naena of the Hidden Forest, but I guess Alexa is ok.

“Alexa, you suck.”
“I’m sorry, I didn’t understand your question.”

SHOULD I HAVE BOUGHT IT IN THE FIRST PLACE?

WOULD I BUY IT AGAIN IF IT BROKE?

(Former senior developer)
@codermarkus
"Jellybean-surprise! (Or, how to change "localhost" to whatever you fancy)"
"Why you should get a custom design for your website"